Visitors 183
32 photos
"Furness Abbey, or St. Mary of Furness is a former monastery situated on the outskirts of Barrow-in-Furness, Cumbria, England. The abbey dates back to 1123 and was once the second wealthiest and most powerful Cistercian monastery in the country, behind only Fountains Abbey in North Yorkshire." Source Wikipedia

Today Furness Abbey lies in ruin preserved by English Heritage. The ruins lie well hidden in a deep valley quite close to the centre of Barrow-in-Furness. They are impressive on first sight even today and remain a hidden historical gem.
History of Photography. Roger Fenton visited Furness Abbey in 1860 taking around 20 photographs produced on wet collodion glass negatives printed on to albumen paper. His work included early contre jour shot of a woman (possibly his daughter) backlit in a doorway entitled "A vista of Furness". We do not have the image in our collections but it can be seen on the internet at http:/​/​www.​nationalmediamuseum.​org.​uk/​Collection/​Photography/​RoyalPhotographicSociety/​CollectionItem.​aspx?id=2003-​5001/​2/​20135
Categories & Keywords
Category:Architecture and Structures
Subcategory:Churches
Subcategory Detail:
Keywords:abbey, archaeology, architecture, barrow-in-furness, christianity, cistercians, cumbria, english heritage, fenton, furness abbey, history of photography, lancashire, photography, religion, roger fenton, ruins
© Heritage Photo Archive & Heritage Image Register 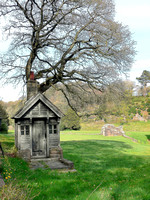 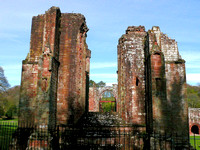 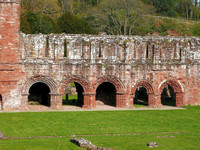 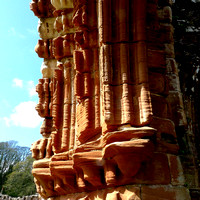 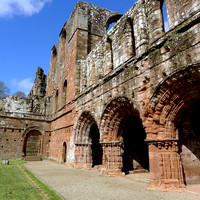 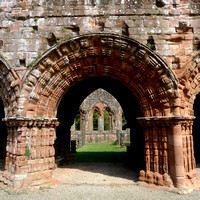 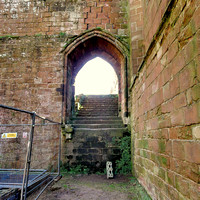 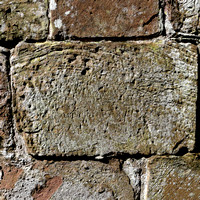